The debut Born of the Stars EP is available now for FREE streaming! Check it out!

Band Bio
Born of the Stars is a solo music project created by multi-instrumentalist Michael Kushner. In October 2012 Michael released his first EP under the band name Born of the Stars where he wrote, performed, mixed, mastered, and produced all of the music by himself from his home studio in Queen Creek, Arizona. The debut self-titled EP is a concept EP featuring 5 tracks that combine elements from many different genres of music including alternative rock, hard rock, progressive metal, electronica, and post rock. Featuring heavy guitar driven soundscapes juxtaposed with clean vocals, positive empowering lyrics, and beautiful melodies and atmospheres Born of the Stars takes you on a captivating aural journey. Michael is currently promoting the debut Born of the Stars EP and has already started working on the next release. 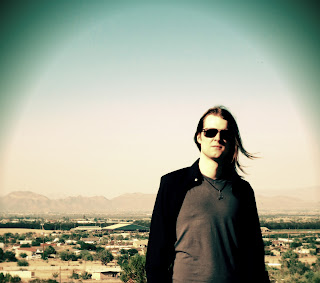